Are you or your child struggling with focus issues, attention deficit, or diagnosed with a learning disability like ADHD, ADD? We can help!  Life doesn't have to be such a daily struggle! We offer natural solutions to correct these issues!
Contact Diane

ADD & ADHD are performance disorders, not skill disorders and they can be corrected permanently

The good news is it can be helped with a Brain Integration!

ADHD is a Performance Disorder, NOT a Skill Disorder!

In adults the symptoms may show up as:

In children the symptoms of ADHD Attention Deficit Hyperactivity Disorder may show up as:

If this sounds familiar, your child is not alone and neither are you.  Many people have found the answer by coming to us for help.

Unlike taking Ritalin and Adderal, which often come with terrible side effects, Brain Integration makes learning possible naturally.  This cutting edge neuroscience technique opens all areas of the brain by removing functional neurological blocks within the brain.

We know this and that is why we dig deeper and look at every body from every perspective.  This is what makes us the experts in treating learning disabilities and behavioral disorders!

We energetically test every client for heavy metal toxicity and other environmental toxins. We use Autonomic Response Testing for the most accurate results!  We energetically screen for SNP’s (single nucleotide polymorphisms) which can cause amino acid deficiencies and neurotransmitter imbalances.

When you come to us for an assessment, you will leave with concrete answers and a treatment plan.

In the spring of 2019 our office brought in a patented Quantum Physics Device that has the ability to uncover the quantum signatures/frequencies of toxins in the body and deliver treatment directly to the body.  It can also energetically treat clients using scalar wave technology through a cellphone in the comfort of your own home.  Adding this therapy to Brain Integration increases the effectiveness and speeds up the healing process because it acts upon the gut micro-biome and the nervous system directly.

This the look of success that you would rather see on your child’s face! 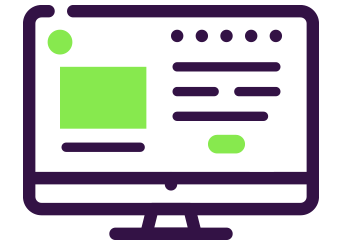 I provide a complimentary 15 minute phone consultation to discuss how we can help you or someone you love.

After you schedule your appointment, you will receive some brief intake forms. Please fill them out and email them to me prior to our scheduled meeting.

Prepare For Your Appointment

For your comfort, I offer an informal, but professional atmosphere. My office is designed to provide a non-clinical and relaxing environment for all of my clients. I recommend that all of my clients come well-fed and well-hydrated with water.

Provide your information in the form so we can work on your complimentary 15 minute phone conversation to see how I can help you or a loved one.